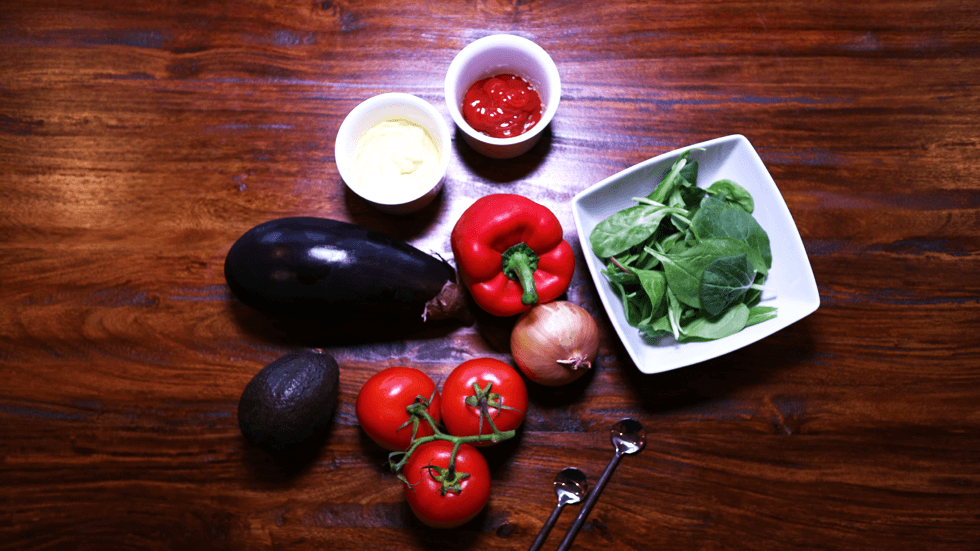 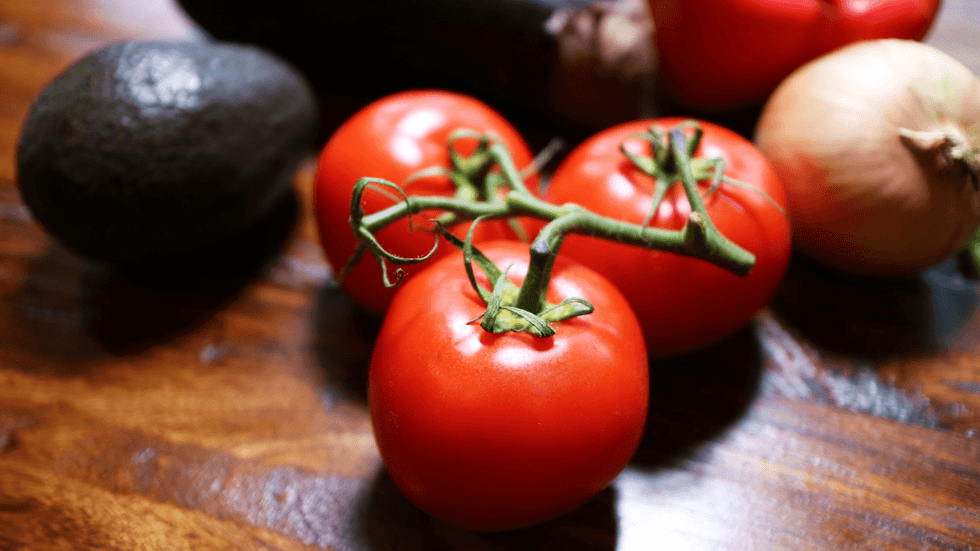 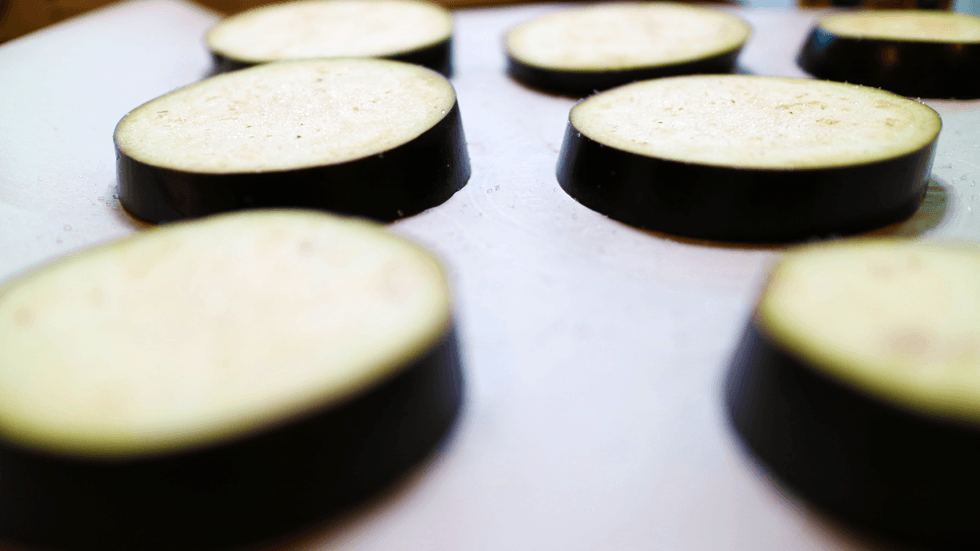 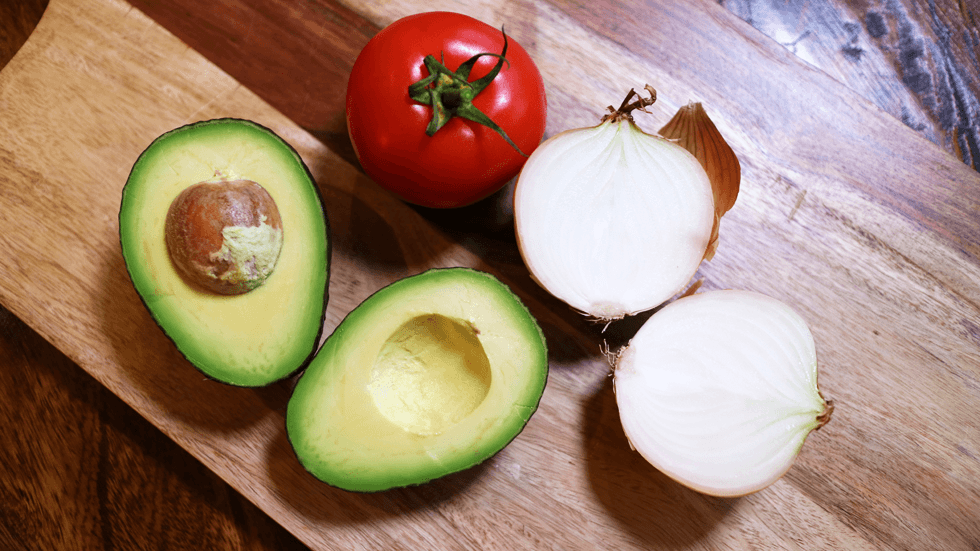 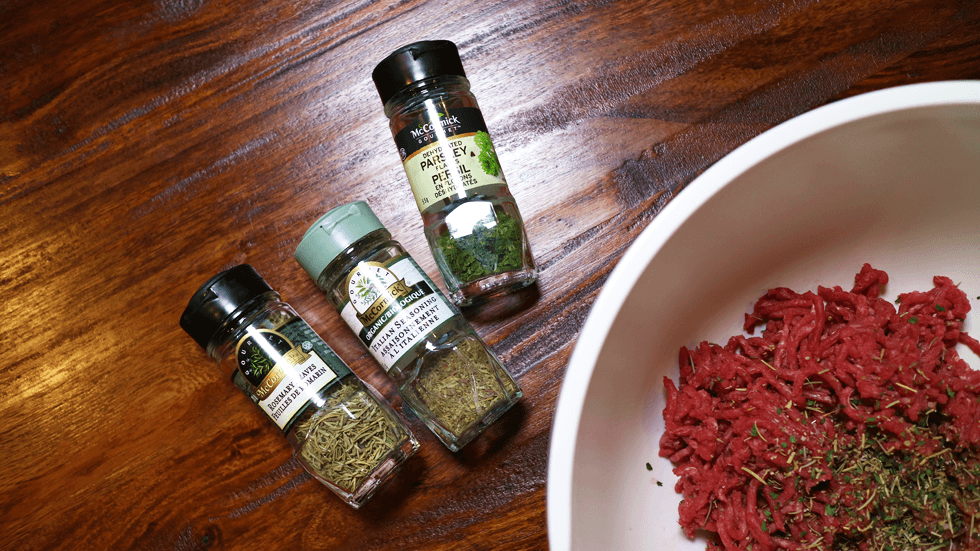 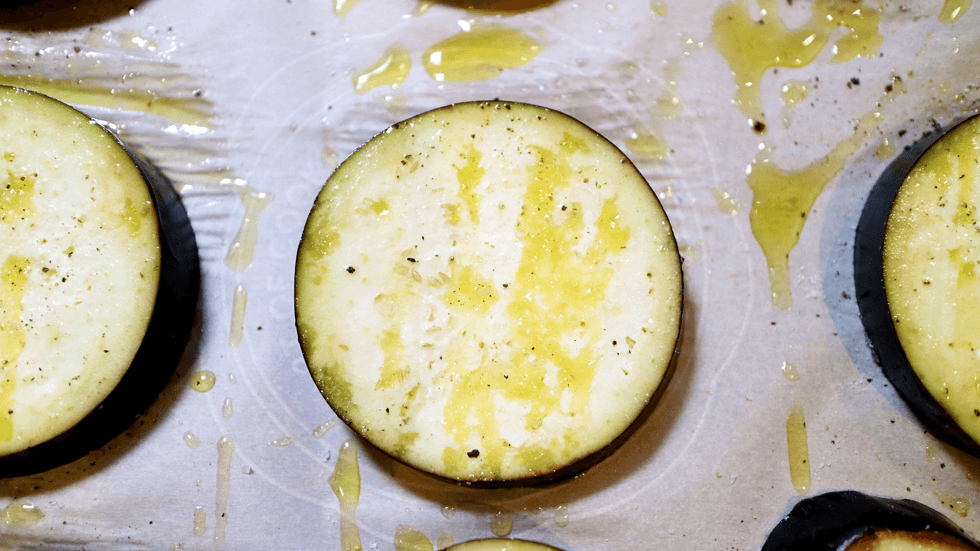 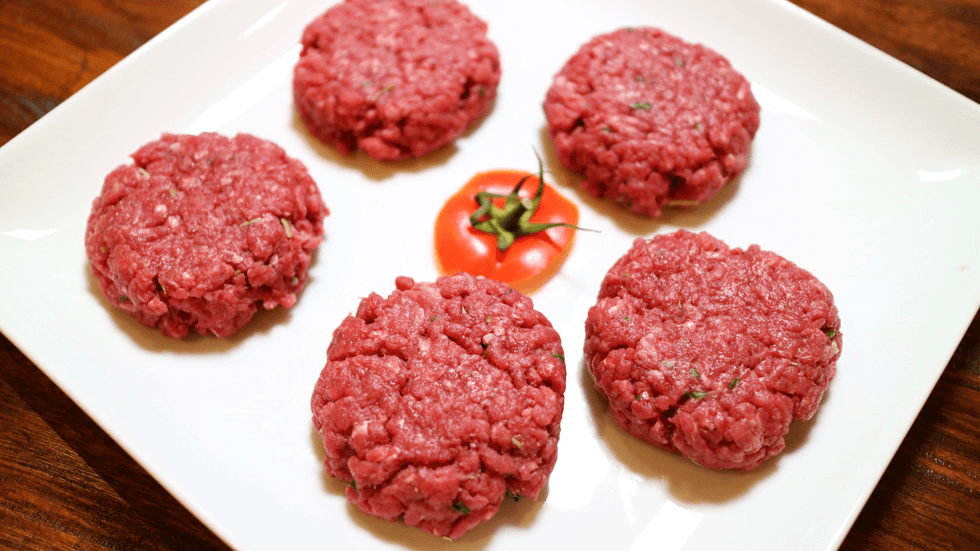 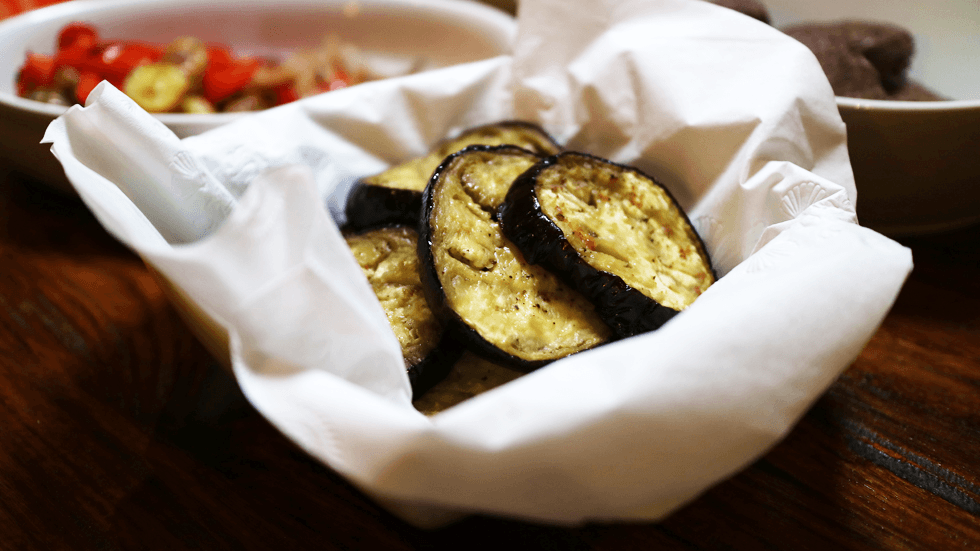 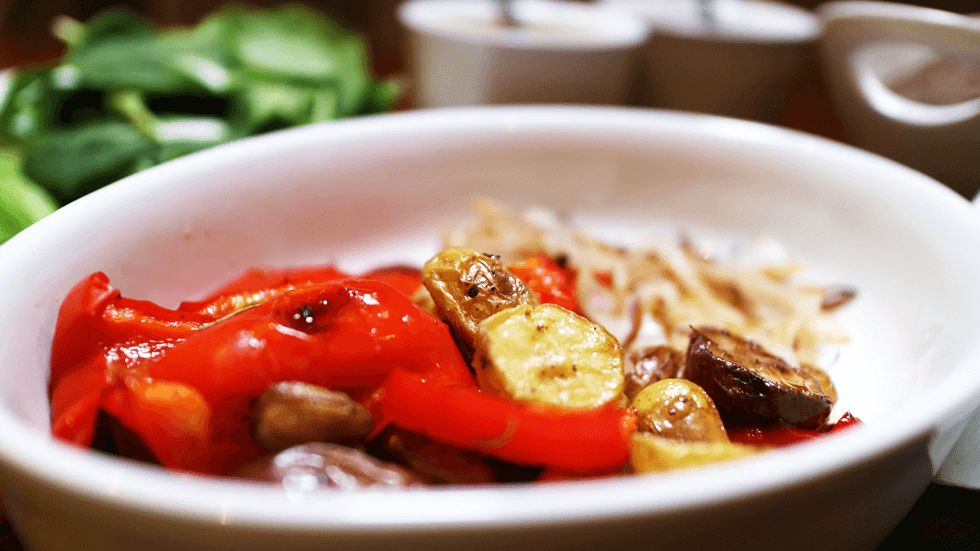 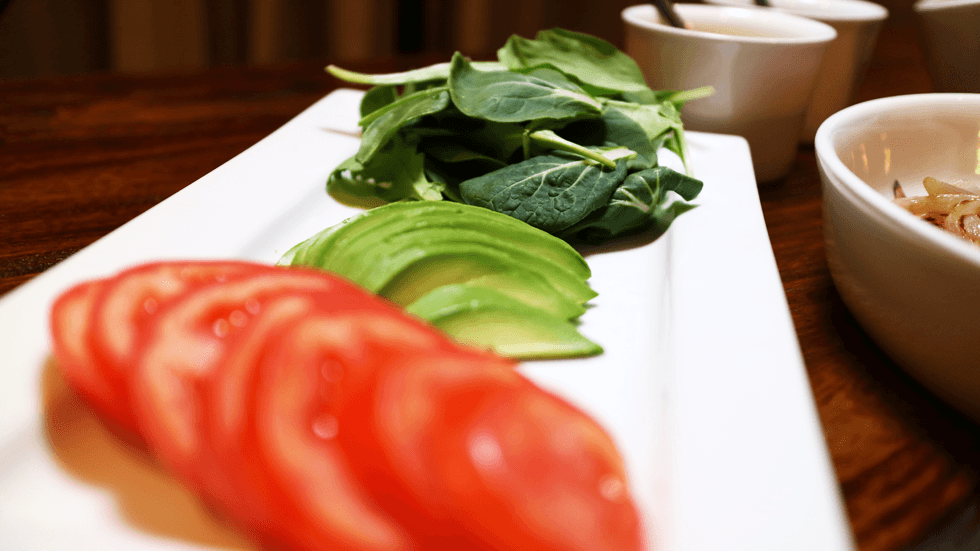 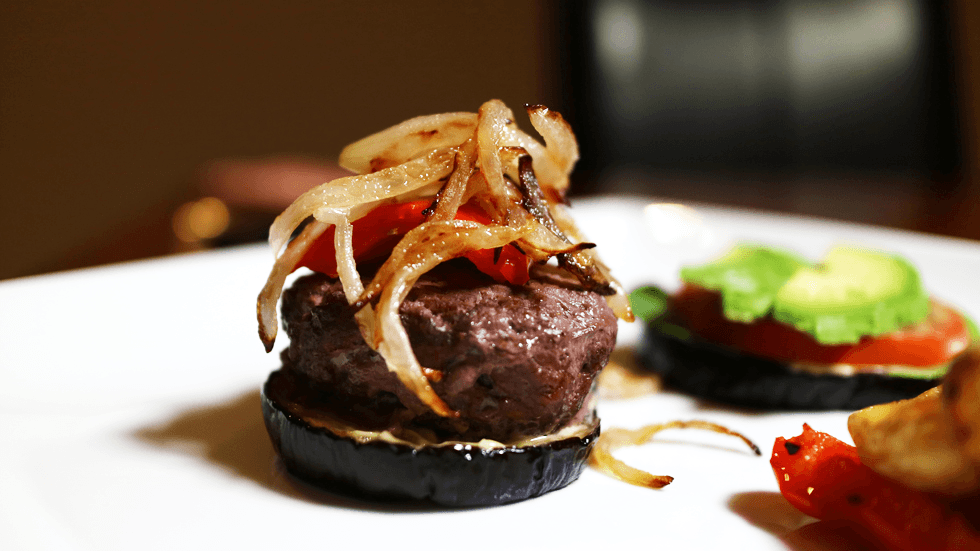 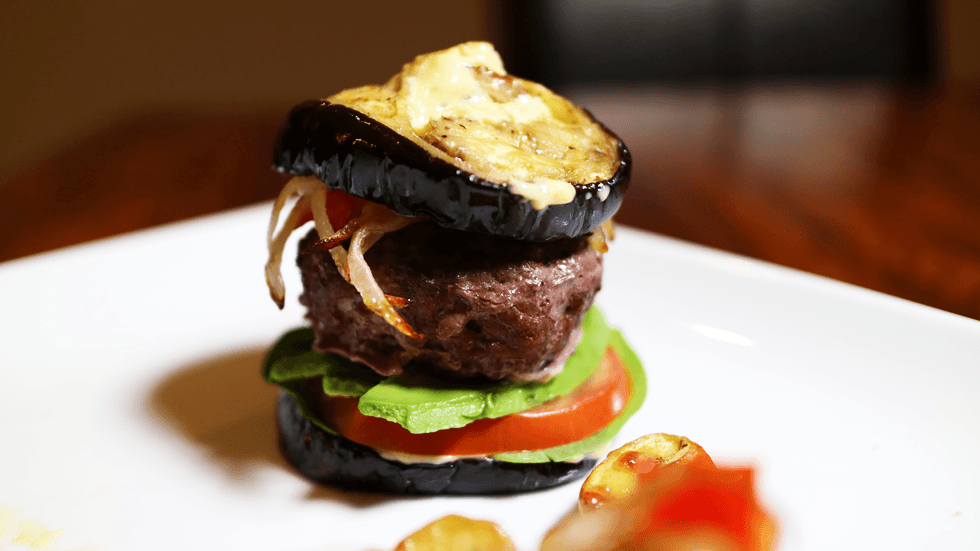 Hello Lovelies! Today I thought I’d get a delicious recipe on the blog for you. These eggplant burgers are amazzzzing! As some of you may know, I love spending time in the kitchen trying out new recipes and getting some yummy meals on the table. I have cooked with eggplant quite a bit, usually for eggplant pasta or a Moussaka Greek dish (which is to die for!). I saw this recipe back when I was doing the Whole30 diet and thought it was a great option to carry into your regular eating, even after finishing the Whole30.

The trick with eggplant is to really get a nice roast on them. *Tip: heat the baking sheet in the oven ahead of time to give them an extra crisp. For this recipe I also made my own burger patties so that they would be small enough to fit on the eggplant rounds. Obviously it helps to buy the fat eggplants so that there is more “bun” to go around :)

Preheat the oven to 425°F and line a baking sheet with foil or parchment paper. Slice the eggplant evenly into quarter-inch-thick rounds and arrange in a single layer on the baking sheet.
Drizzle half of the olive oil evenly over the eggplant, then flip each slice and drizzle the remaining EVOO on the other side. Season with the salt and pepper.

Roast the eggplant in the oven for 20 minutes, until it is browned on the outside and tender when poked with a fork. Allow the eggplant to cool, then make your burger with all the fillings between two slices and serve. 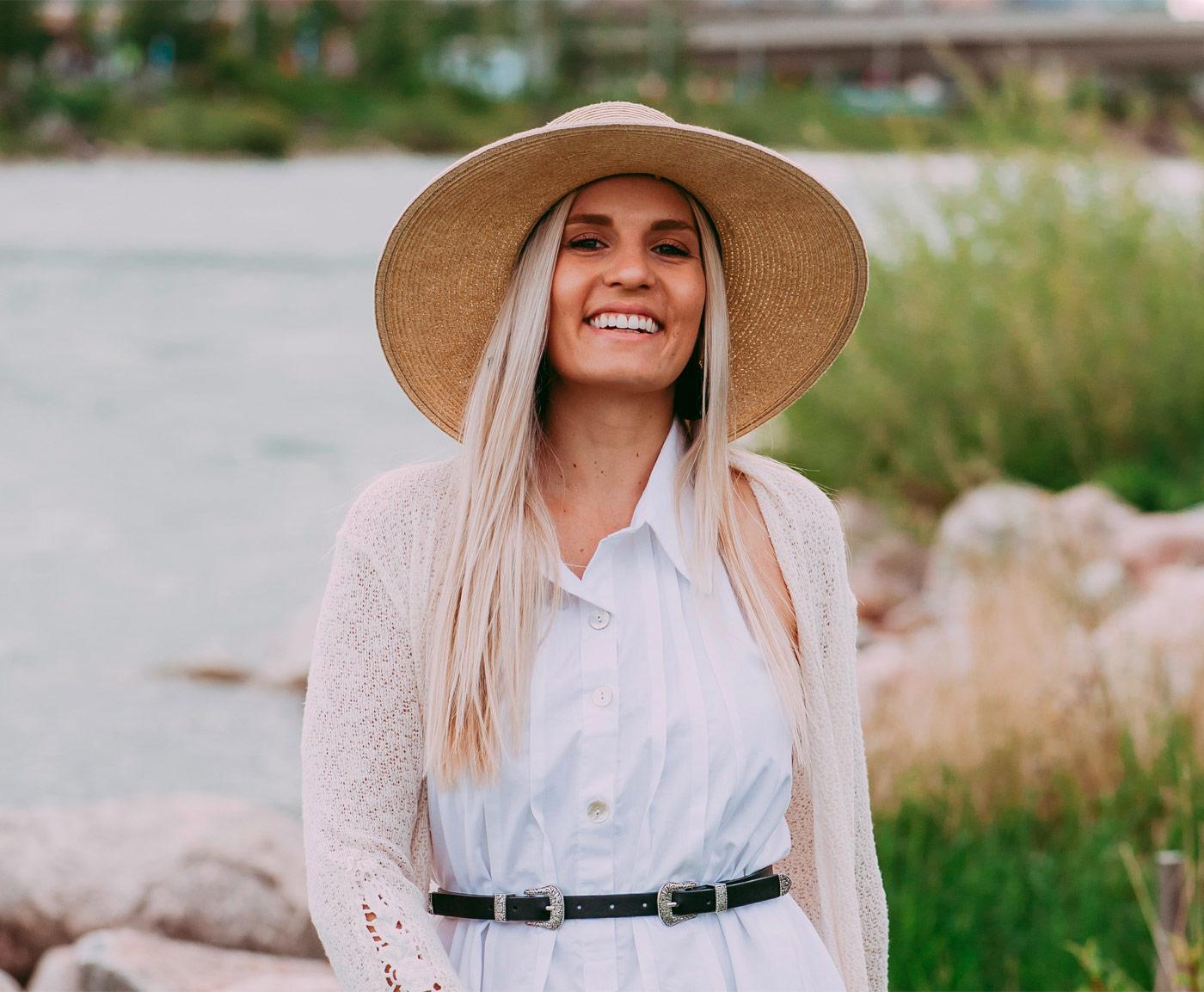 Welcome to my Blog, a place where I share a little bit about my life, my style, and of course our travels. Hopefully I can inspire and encourage you in some way! xo 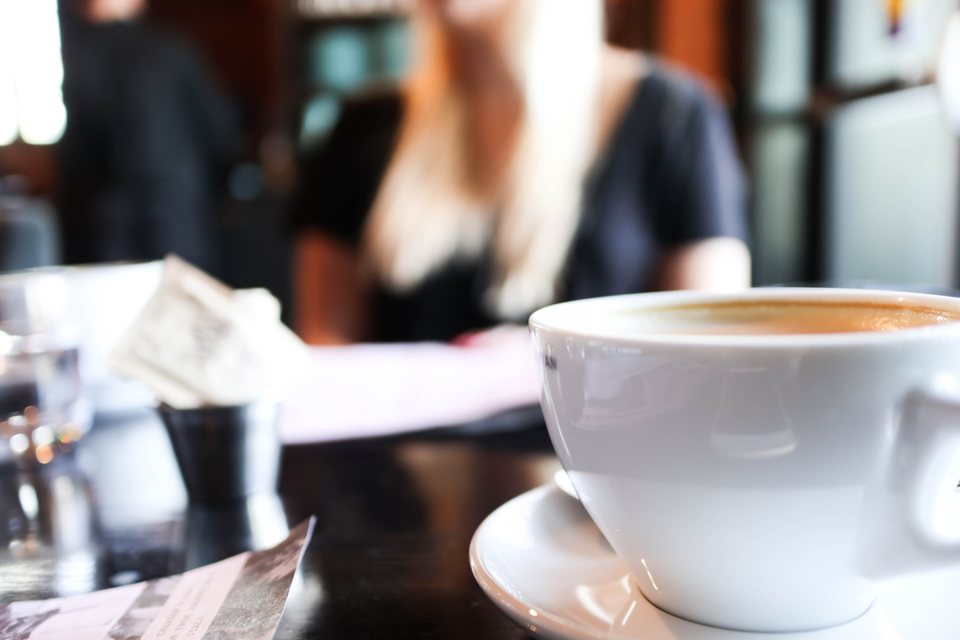 A Charbar Brunch in YYC 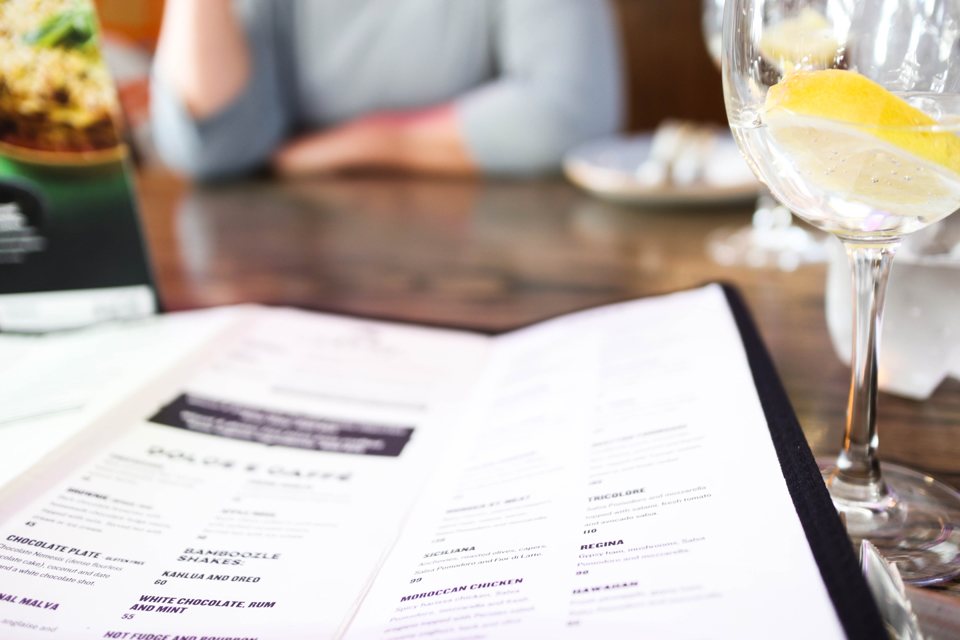 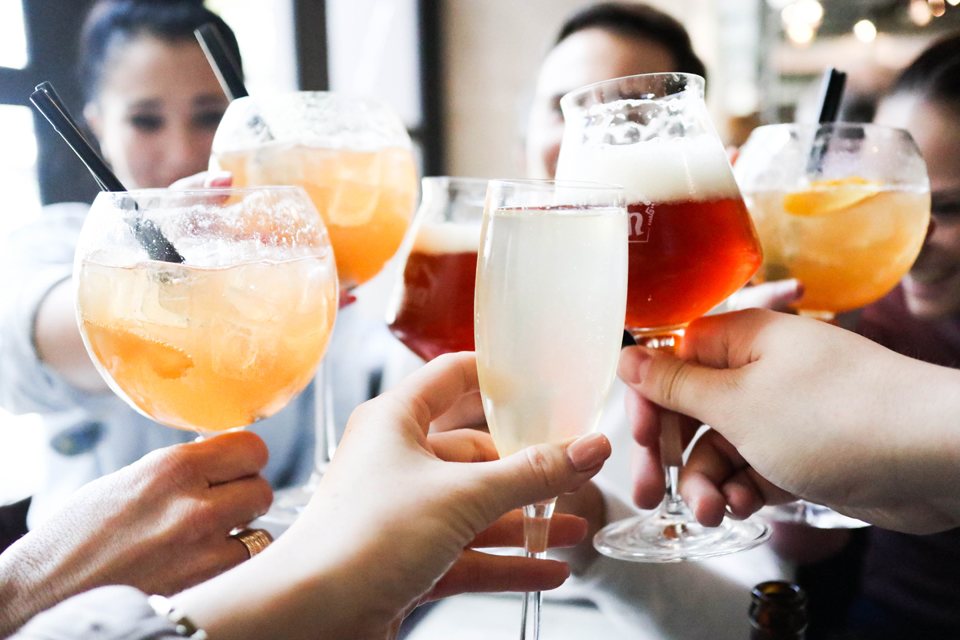 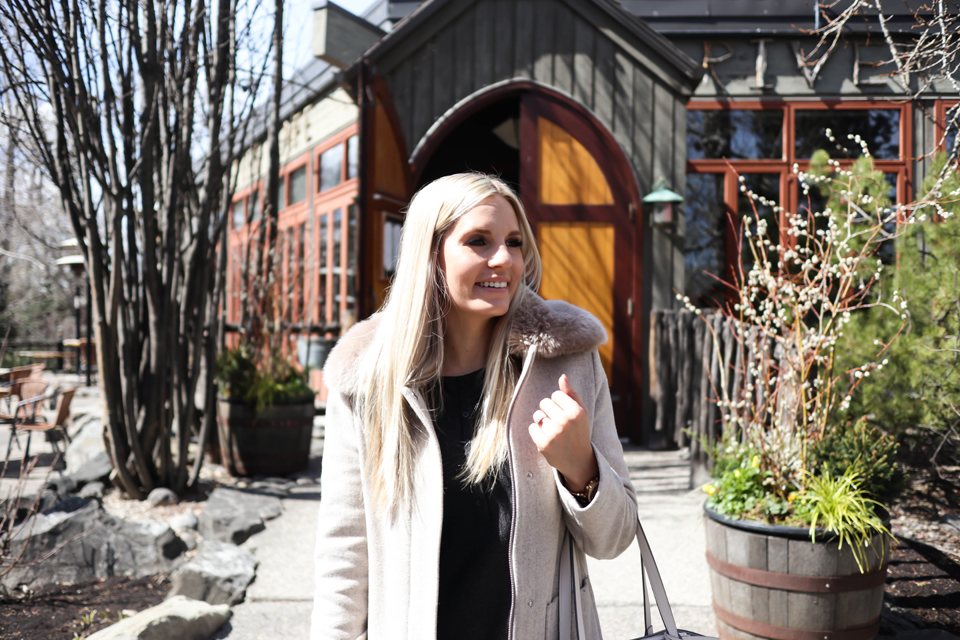 Lunch at the River Café Calgary 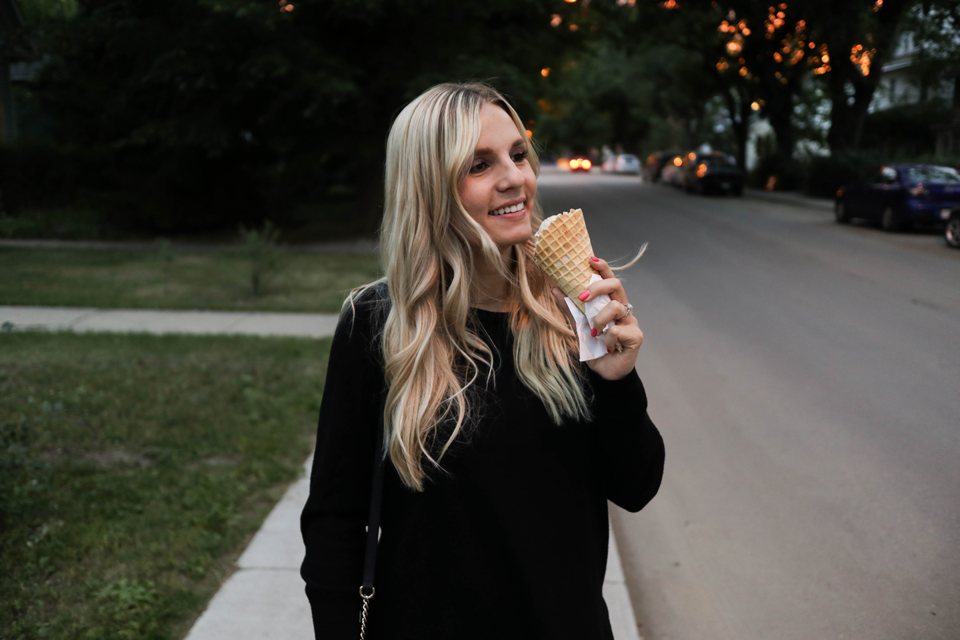 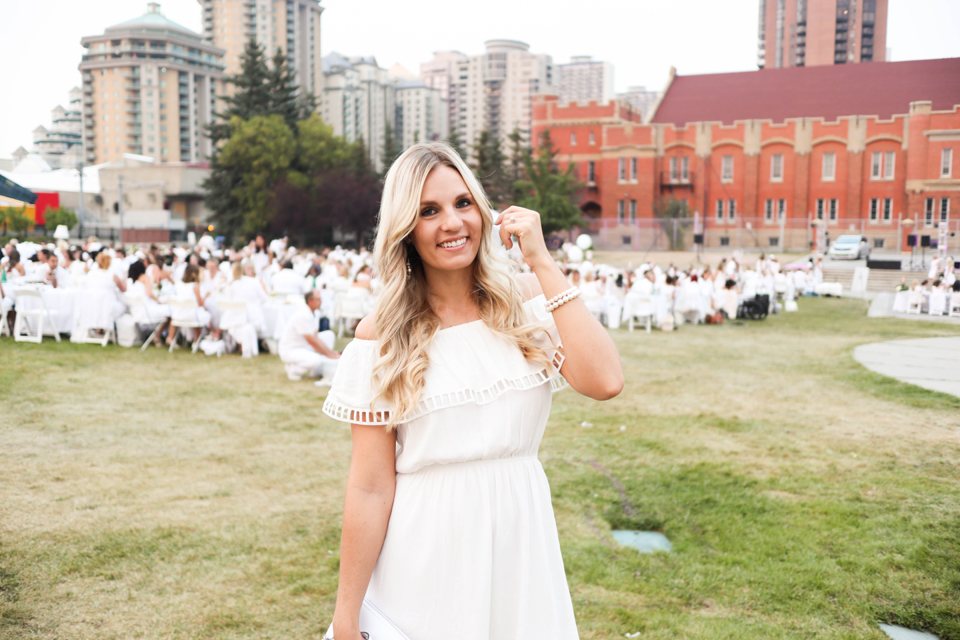 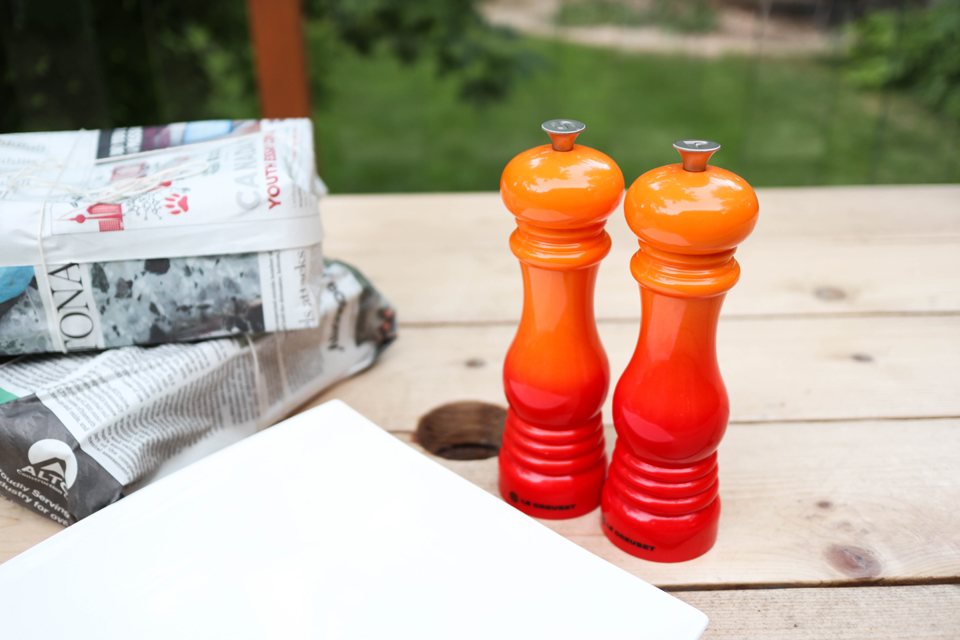 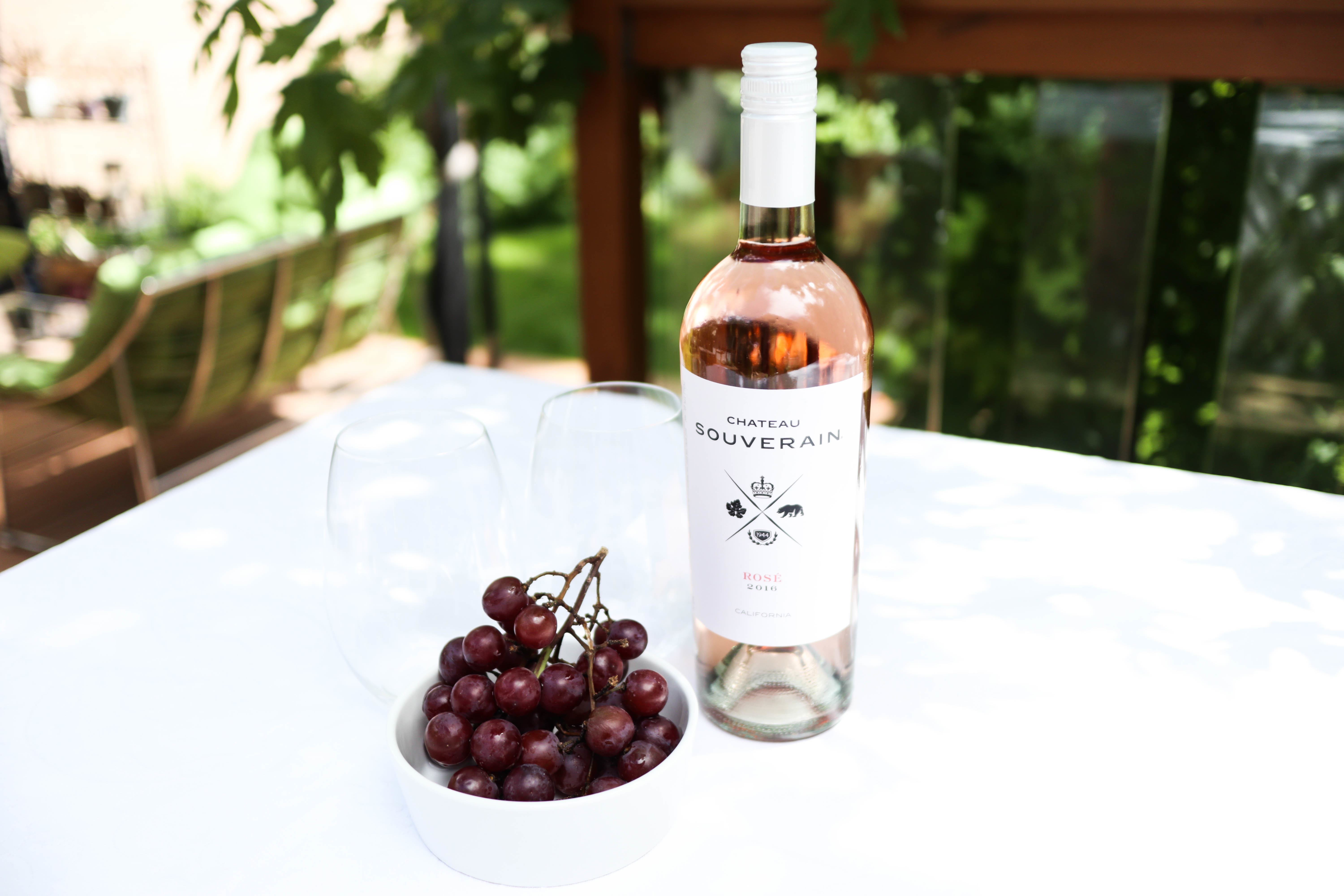 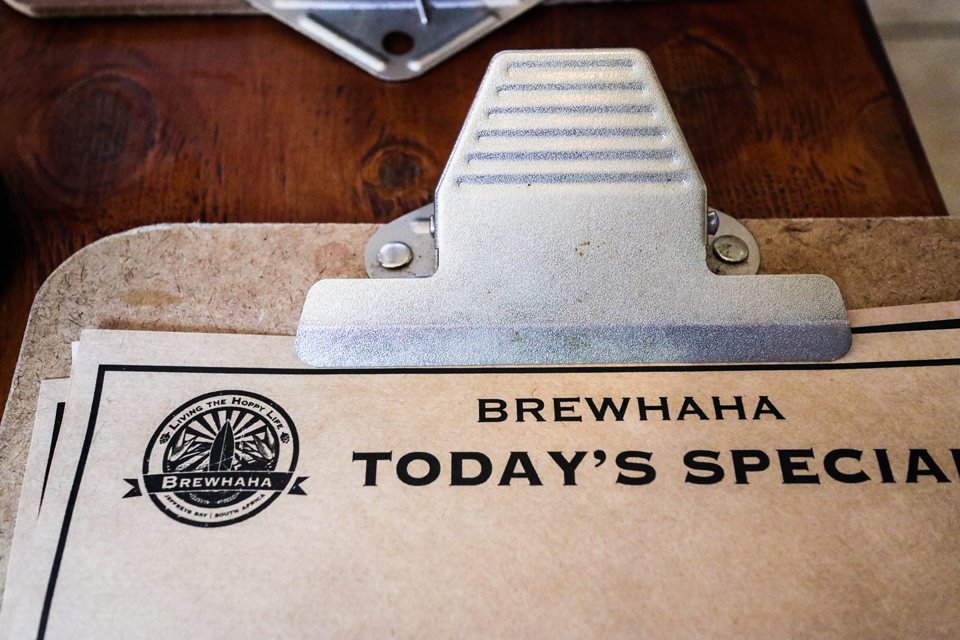 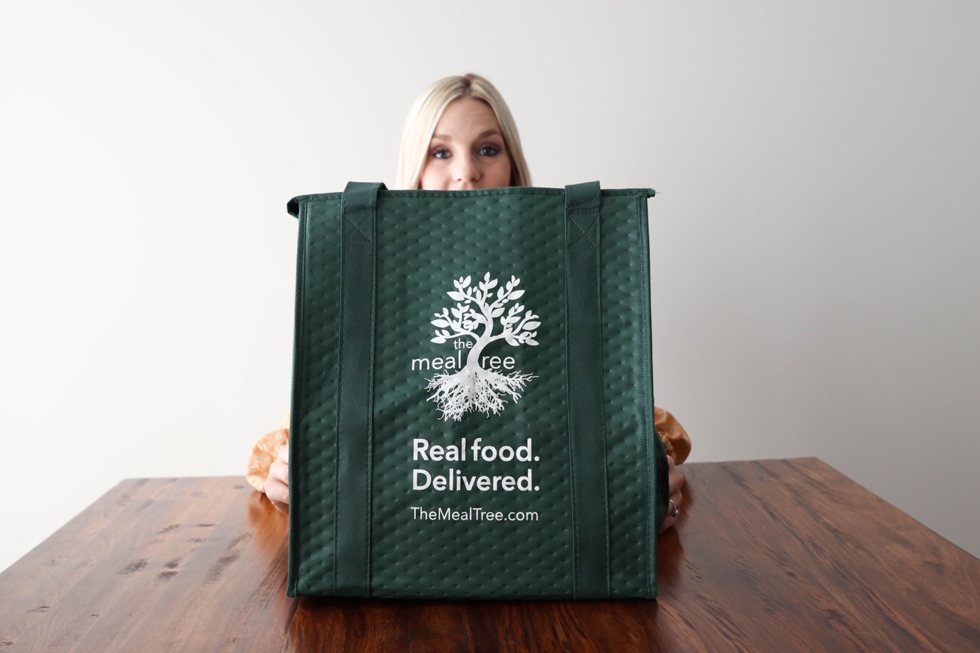 Save Time & Eat Well With The Meal Tree!